Why the existing software was chosen?
The customer had originally chosen to use HP’s BSM and OMi for their monitoring solution because of the advanced correlation across multiple monitoring technologies. However, due to using a 3rd party CMDB and specific protocol requirements they required a custom adapter to be developed to import discovered topology. 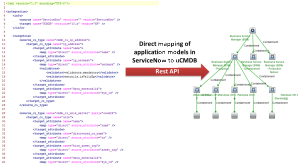 Recently, the ConfigureTek team worked with the Enterprise Systems Management of a leading international family entertainment company. The project included two stages. During the first part ConfigureTek’s experts were tasked with a challenge to create a custom adapter to integrate HP BSM, OMi and ServiceNow CMDB. The second part required developing of the adapter for the next version of the CMDB. ConfigureTek’s specialists successfully finished the project in 8 weeks.

The most challenging was the fact that the customer required an adapter that had never been done before; even Software producer claimed it to be impossible in UCMDB 9.x.
The adapter was successfully developed using a Java + Jython combined adapter, providing topology integration using an API that had not been supported by the original product in any version.

The customer then came back after several months for further development to support the same REST API in the latest 10.x versions of the software. This was again a custom developed adapter code, however retained the original functionality of the ServiceNow pull adapter with the ability to toggle APIs being used. The methodology included the following steps: